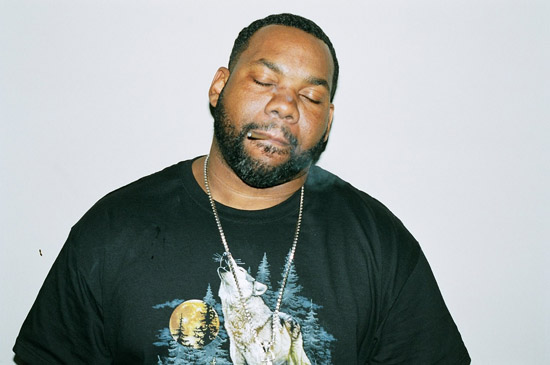 So, last Bank Holiday weekend myself and fellow Shitting Fists/F.O.G. cohort, photographer extraordinaire and hetero life mate, Ben Rayner went to shoot Raekwon. It was a blazing hot Sunday and we decided to ride down to his telly, the Radisson in Canary Wharf. After some confusion as to where it was (and riding on a fucking motorway, never again) we got there 10 minutes late for a 1am shoot. Ben wasn’t best pleased about this but was quickly appeased when there was nobody there to meet us.

A half hour or so later some guy showed up all hungover and bloodshot eyed and informed us that the show had gone on late (till 6 apparently) and that he’d be down soon. It got to 2 and after sampling the bars extortionate Coke (like £5.50 for two 200ml mixer bottles of) we/I became a little hungry and restless. Cue us going to the local McDonald’s and getting a 6 piece McNugget Meal.

Upon our return we were told he was nearly ready by some of his ‘crew’, all of whom were nice enough fellows. So we waited around a bit more. Then THEY got impatient and went to McD’s, having to collect two McChicken Sandwiches for the Chef himself. And still we waited, the hotel’s clientele looking at us like we were under hotel arrest or something.

After about a two and half hour wait, his main assistant or whatever ushered us into an elevator to Rae’s own room. Sweet, I thought. Man, I had built up the courage at this point to even ask him a few questions about sneakers, I assumed common ground based on the track Sneakers off his sophomore effort Immobilarity.

We walked in and first off I noticed the lights were still out. Not a good start. Then, I barely even acknowledged this but he was just lying there on his room’s sofa, watching WWE or whatever they’re calling it nowadays on a wall mounted flatscreen. ‘Wrestling eh?’. ‘Yeah’. Oh, okay. And he didn’t wanna be shot in his current oufit (a Finlandia Vodka tee and some big ass jeans). At all. Okay, so he’d had a late show, but this was like eight/nine hours later you know? There was some brief chit-chat and talk of reconvening the ‘shoot’ till the following evening. Cool I thought. That was until I stayed up all nite doing K and watching Fubar.

I gotta call in the morning saying 1 was better for Rae instead of 7 as previously arranged. My head in disarray somewhat I declined. Ben was a little pissed as he now had no assistant but I kinda thought, ‘fuck Raekwon’. Sorry Rae, Cuban Linx was dope and all but if the recent Meth & Red album is a sign (and it is, trust me), then I won’t even be downloading Cuban Linx Pt. II.

The only pair of sneakers I saw in his room were a pair of fucking Air Goadome’s. Putting all these together and having enjoyed my bank holiday Monday with some buddies, some mild, if temporary brain damage, and a fried breakfast, I’m fairly sure I made the correct choice.