Born in London in 1970, and raised on a diet of Richard Scarry, Hergé, Asterix and Judge Dredd, Jarvis studied illustration at the University of Brighton and at the Royal College of Art in London. He has worked for international clients such as Sony, Nokia and Parco and contributed to a number of international style publications including The Face, Nova and Relax. He has also contributed to a number of art book projects and had a collection of his sketches published by Relax magazine in Japan. He has shown his work at various exhibitions worldwide including prestigious stand-alone shows at the Parco galleries in Tokyo, Nagoya and Hiroshima.

In 1998, James Jarvis created the plastic toy figure ‘Martin’ for Silas, a London-based fashion company, unwittingly helping to kick-start the ‘Designer Toy’ phenomenon. Martin was conceived simply as a promotional item for the then new company but he proved to be surprisingly popular in his own right. Over the next five years Jarvis produced more toys for Silas, including ‘Tattoo-Me Keith’ and the mysterious ‘Bearded Prophet’.

With the success of the figures, Jarvis and the two directors of Silas decided to create a dedicated toy company Amos (established in 2003) was set up to independently produce and distribute Jarvis’ figures and open up his designs to a wider audience. So far Amos has released the successful In-Crowd series, including Zombies, Punk Rockers, Juvenile Delinquents and Wrestlers, and created the iconic ‘King Ken’, a great ape. In 2006 Amos published the comic book adventure story ‘Vortigern’s Machine’, co-written with Russell Waterman, which tells the story of two friends, Rusty and Wiggs, and how, wandering through their suburban environment, they uncover some of life’s more pressing metaphysical questions. 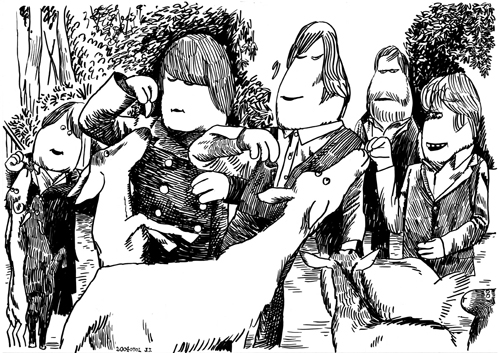 I had a fantastic time. I was just so happy and excited to be doing art full time. All I wanted to do every day was to go into the studio and draw until they shut the building.

Who are your main influences?

There seems to be a resurgence of illustration in the media , both in advertising and in the press , do you see this as a positive thing?

I hadn’t noticed, to tell the truth. Because of my relationship with Amos, in the last five years or so I have become less reliant on external commissions. The independence Amos has given me has changed my approach to working with other people when the opportunity does present itself.

I’m ashamed to say that part of me resents the success of other illustrators. It makes me feel insecure.

You did some designs for Heroin skateboards, what’s your take on the whole art/skate crossover?

I don’t know about a crossover. The idea of manufacturing skateboards as art is not interesting to me. That’s not what skateboards are for.

When I discovered skateboarding in the mid-80s I was as into the culture that surrounded it as the activity itself. I think the peak of the graphic side for me was the tiny-wheeled-baggy-trousered early 90s, and what Sean Cliver and Mark McKee were doing at World Industries.

Do you see yourself as an illustrator?

Probably not so much these days, but I still regularly describe myself as such. I sometimes wonder how to classify myself. I quite like the term ‘graphic artist’.

It’s sad to see Silas no longer available in the UK , are you still closely linked to them?

No, but through Amos we still have a close relationship with Silas’ original distributors in Japan. 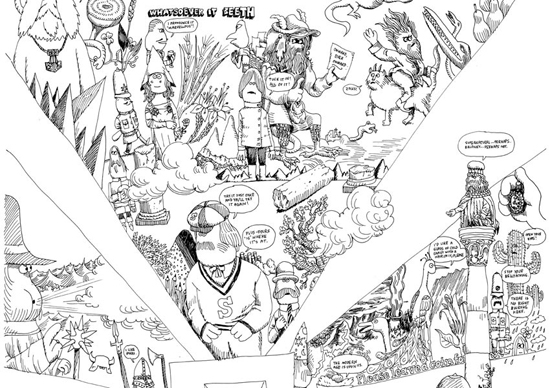 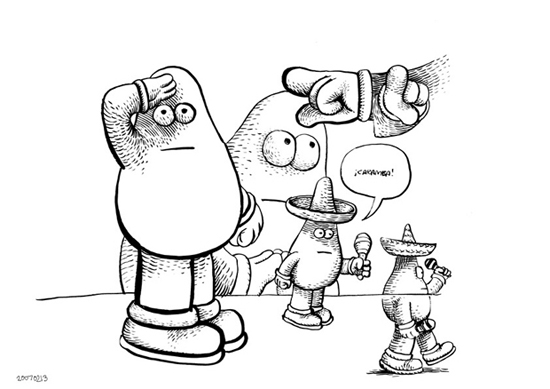 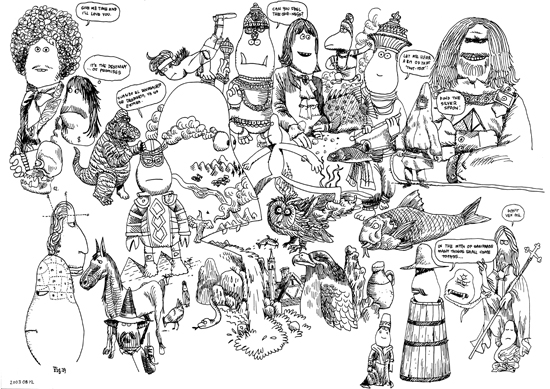