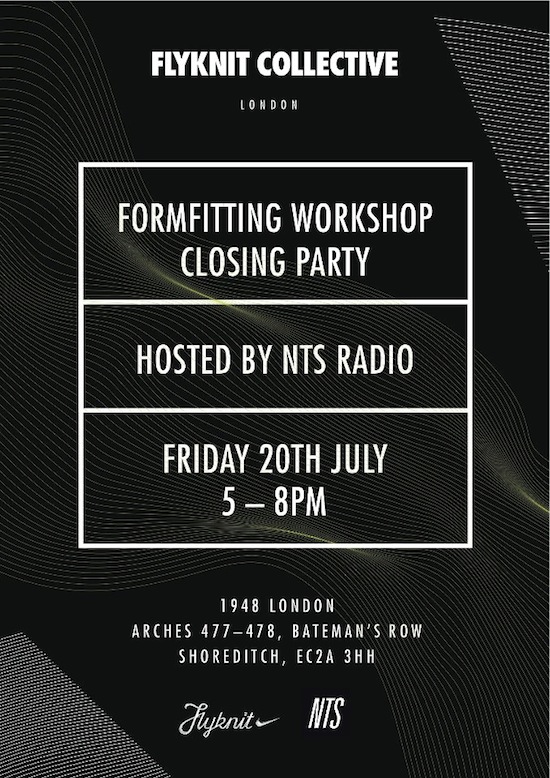 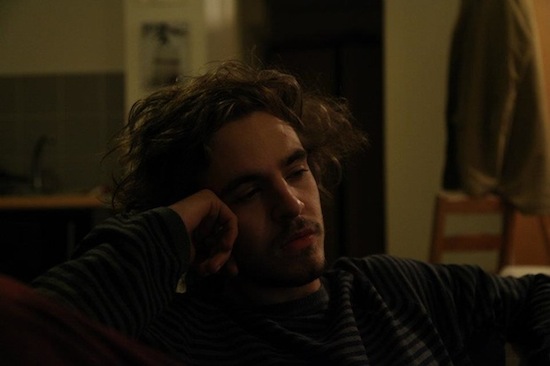 Will Archer is so softly spoken that I have to lean confrontationally close to hear him. This sort of enforced nearness is a tad awkward and completely unlike the easy sense of intimacy songs like “Anni”, “Next Time” and “Lean Over” engender. Particularly evident on last year’s EP Increases, the tones he extracts from his saxophone manage to sound heartbroken and melancholic—the soundtrack to an emotional freefall—but there’s hope lurking in his grooves. Particularly on his newly released follow-up EP Increases II, out on Get Me!.

Born in Newcastle twenty-one years ago, it was his grandmother who he calls the most musical person in his family, teaching him to play piano and encouraging Archer to appreciate Glen Miller’s “In The Mood.” “It was catchy and it made my Nanna dance.” Having recently finished his second year at the London College of Communications (he’s study Sound Art and Design), Archer is spending every weekend for the rest of the summer playing drums at various festivals for Vondelpark, which is fronted by close friend Lewis Rainsbury (they met on their first day at university). In their downtime the pair are busy working on a special composition inspired by films that represent the early morning and rush hour turning into night. These will form part of an exhibition at the Tate Modern at the end of August. Archer hopes to get his parents down for the event. “They haven’t seen me do any music since I was really young, so hopefully this will prove I’m not just wasting my time.”

I bought my dad a Led Zeppelin live album for his birthday one year and he never listened to it, so I just stole it off him. I didn’t really listen to anything else for a couple of years. Then there was Rage Against the Machine. That was a big thing. I played drums in a RATM cover band.

I’m both appalled and entertained that “Toca’s Miracle” by Fragma turned you on to dance music.

Oh yeah, I love that song. I just remember hearing that really vividly on the radio when my mum was driving to school. I thought that all electronic music was evil, like it wasn’t real because it was all made on computers. Obviously that’s completely untrue—it’s just a different way of making music. It seems really obvious now, but at the time electronic music felt like it was cheating.

And then you started putting on garage nights in Newcastle…

My mate and I were friends with a bunch of people who were a few years older who were really into booking DJs back when dubstep was really popular, around 2006-ish. As soon as I moved to London dubstep was not even worth thinking about. I went to DMZ in Brixton and I just thought it was shit. The scale of it, the attitude. It was really different in Newcastle: the smaller the city you’re in, the more healthy it is, it’s more pure. Less trying to be cool and more just trying to enjoy yourself.

I’m impressed that you play the saxophone. It’s an awesome instrument.

Really? A few people have said that recently. It’s not very cool to play the saxophone but it’s definitely the sexiest instrument. I started playing it when I was 8 and quit at 11 and forgot about it till about two years ago and when I started making this music I thought, oh I’ve got a saxophone up in the attic in Newcastle, I should probably go get it. It’s just accidents that have been recorded, I can’t really play.

What’s the longest you’ve spent in your bedroom fucking about?

Days. From when I wake up till I go to sleep. It depends if I’m doing anything and how much weed I have.

Does that help? Yeah but I can’t really do that anymore because I’ve got dodgy lungs. I’ve had to be a lot more healthy in the past six months. Obviously they go hand in hand, but it’s not like I’m reliant on smoking weed. It’s just something I enjoy.

Do you work best on your own?

Completely. I would like to get to that stage of feeling creative about something with someone else in the room. It’s a really private thing. But if you spend a week in your room, which I did recently—I’ve been listening back thinking I should probably make some friends because it’s all stuck in the same sort of pattern and I’d like to branch out a little bit. Just get someone else’s opinion.

You’ve said the name Slime came out of a joke. What’s the deal?

It was just a joke between me and Lewis. It was his idea actually. Maybe he thought it suited me. We did a song together and we couldn’t think of anything to call it so he was just like, oh yeah, Slime, and sent it to someone, then it went on some blog. To be honest I’m quite glad I didn’t have to think about it because if I did it would be even worse than Slime.

What was your RATM coverband called?

Deborah’s Discharge. I think that was actually my idea. We had a friend whose mum is called Deborah. Yeah I know. It’s a bit nasty, but we were like 15.

You incorporate field recordings into your songs, what do you like to record?

Anything and everything. There’s a lot stuff in Newcastle like walks that I go on with my sister and my dog. And my Dad’s coffee factory. Well, not any more, but he worked there all his life and I spent a lot of time there from when I was really little. With one push of the button the sounds of all these coffee beans travelled all over the warehouse, going up all the pipes and spouts and weird little machines that seal bags.

Do your EPs have themes running through them?

The first one definitely did. It’s about feeling really, really shit. The first EP was all done within a couple of months, really fast. But the second EP is a collection songs over the past year written in all different times. It’s a lot happier I think because I don’t feel as shit.

Why were you feeling so shit?

That girlfriend I was telling you about.

Just people and relationships, self-consciousness and self-doubt. For the same reason anyone does anything creative: it’s to get lost and not think. Almost appease all these horrible feelings. It’s all reliant on what’s just happened to you. Usually if I’m feeling very happy I won’t be very inspired, but if I’m feeling shit I’ll be like, oh, I’d better do something about this.

And what kind of space are you in now?

Ferry Gouw has directed the video for Bruised. The Increases II EP is out now on limited vinyl release and via digital download. Slime will play at The Tate Modern on August 24th, more info soo. 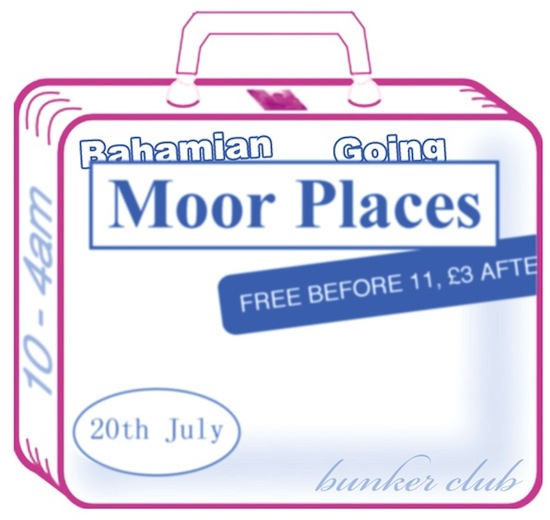 Friday 20th July
Open from 10pm until 4am

WHY CANT WE BE FRIENDS? THIS FRIDAY 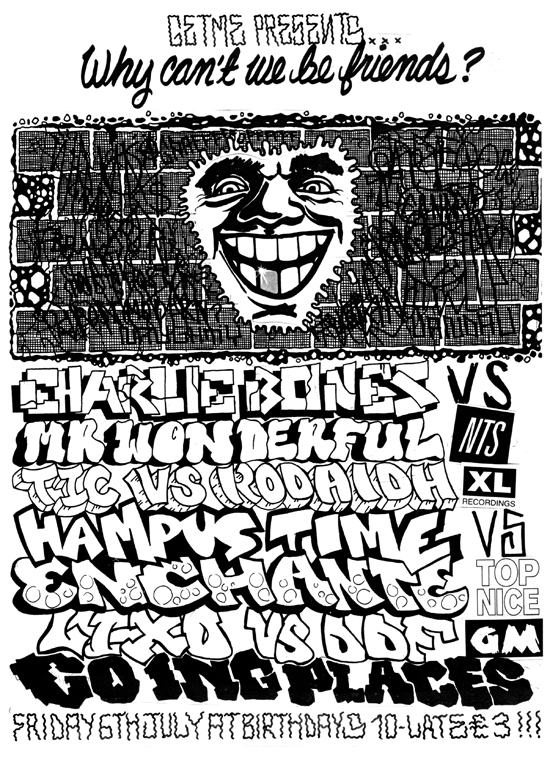 A night of back to back goodness this Friday at Birthdays in Dalston. Entry is £3 from 9 til late. Rita’s, Real Gold‘s latest project, will be serving food on the night too. 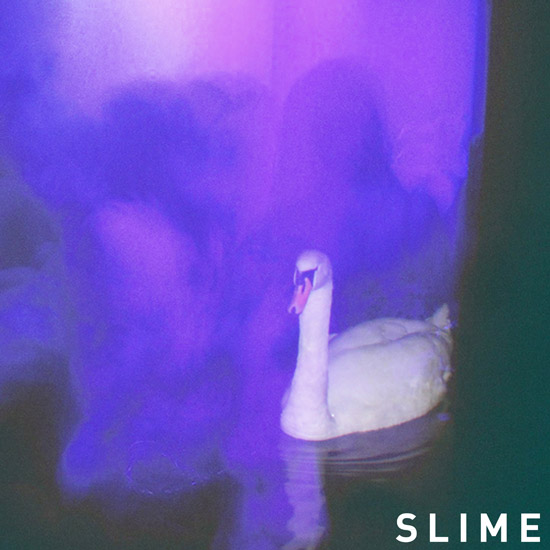 Our fourth record release, The Increases II EP by Slime is now available digitally. The 12″ will be out very soon. 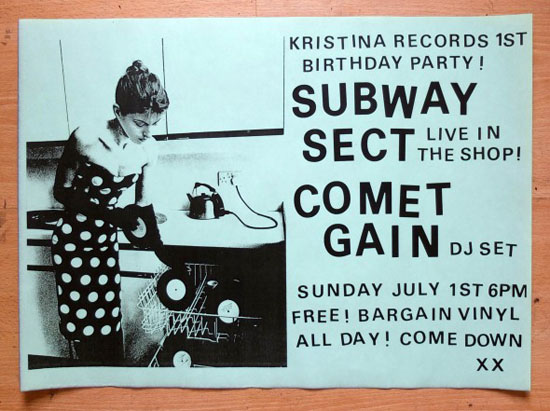 The fifty sixth in our series of guest mixes comes from the band, Arthur Beatrice, led by Orlando Leopard and Ella Girardot. Go get their debut single “Midland” and catch them supporting Beach House over the summer.